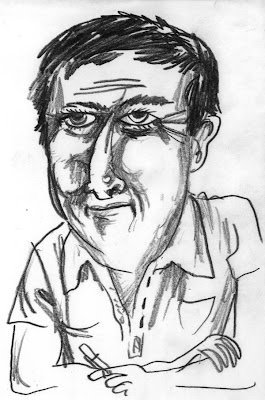 Ohhh man! This is definitely the longest interview we've ever pulled. Hopefully you didn't take too many bong rips before reading this... orrr, maybe, hopefully you did...
This week we spoke to Hollywood Super (cool guy/) Star (in our eyes) Kent Osborne! Kent Osborne has a ridiculous resume, including writing for the Sponge Bob Square Pants television show and movie, voicing for the Kung-Fu Panda movie, dating Armadillo Slim's sister, and as of recently, drawing the cartoon adventures of Mike and myself for the insert of our new CD, "Understanding More About Nothing Than Anybody Ever Thought Impossible or: How I Learned to Stop Worrying and Love the Music"!


Steige: Listen: You're bored. You smoke a little weed, and you start to get paranoid. Based on the fact that she never looks at you when you cross paths, you get it into your head that the cute brunette that lives down the street is actually a Russian Spy, so you do the only logical thing and break into her house while she's out. You know she's got nukes hidden in there somewhere, and you're determined to find them, diffuse them, and become a National Hero to the point where they change the name of the city you live in, LA, to something a little more appropriate, like Kentville.
So you find yourself in your cute Russian neighbour's house, trying to find nukes in her underwear drawer, (where else would she possible keep them hidden?!) when you come upon an old bronze bottle-lamp. You instinctively give it a rub, hoping Christina Aguilaria pops out and grants you three wishes, but instead the Cops show up with guns drawn.
How the heck do you talk yourself out of this one? 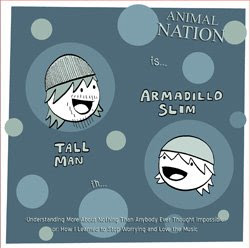 KENT OSBORNE: I slowly put the old bronze bottle-lamp down on the floor and then I slowly put my hands on my head. Then I slowly put them on my hips and say, "Do you know who I am?" the cops all look at each other. One of them, (their leader) says, "No, and we don't care." Then one of the other cops sort of coughs (not a real cough, but like a fake one, to get the leader cop's attention) the leader cop sighs and says, "What? What is it? I'm trying to bust this guy." the other cop shrugs and says that he's sort of curious who I am. The other cops halfheartedly mumble the same thing and leader cop says, "Fine, fine, so who are you-- ....HEY!" (I have escaped) Running down the street, I know I can't go home so I make a quick left turn on Glendale (which leads straight to downtown Kentville) and I pop into my favorite Thai massage parlour (Pho Siam - 40 bucks U.S for one hour. No happy endings) The people behind the counter all say something in Thai, (probably "welcome loyal customer" or something...) I explain that I am not there for a massage but would it be ok to hide out for a while? They all discuss this in their own language for about 20 minutes. Finally one of them says, "no." so i say, "Well ok, is Sonja here?" they tell me it is her day off and I ask if I can wait so they tell me to have a seat. I sit in a chair and read US weekly (Christina Aguilaria is on the cover! weird!) two cop cars go by and I duck behind the magazine. A young Hollywood couple enter the establishment and do a double-take because the way I'm holding the magazine, I look like I'M Cristina Aguilara. "Wow, her face is pretty, but her body looks like shit!" the guy whispers to his ladyfriend. "Her boobs are bigger though" says the woman. "I can hear you!" I say. I lower the magazine and we all have a good laugh! 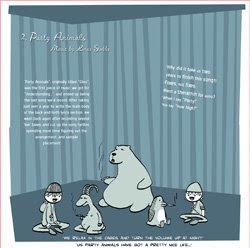 Steige: Then you get arrested.
After your incarceration you meet an inmate named Tiny, who is anything but Tiny. You think this is kind of funny and ironic until Tiny tells you that he thinks you've got a 'purdy mouth'. Tiny thinks you're cute, and Tiny let's you know this constantly. Tiny keeps whispering to you that he's going to make you a very happy man as soon as night falls, as soon as the guards have all gone to sleep. You disagree. You tell Tiny that you're perfectly content, and that you don't want his happiness forced on you. You tell this to Tiny, but Tiny simply winks and tells you to "just go with it".
Night falls. You're literally sleeping with your ass to the wall. Tiny comes over, real slow like, and puts his hand on your shoulder. You start to cry tears of fear and abandonment, and Tiny tells you that "everything will be all right soon, Kent. Don't you worry about a thing."
Tiny proceeds to tell you that he's actually a magic genie, once trapped in an old bronze bottle-lamp that made its way here from Russia, in the suitcase of a cute brunette Russian Spy who proceeded to have him arrested for trespassing after he had granted her her 3 wishes.
Tiny then tells you that since you're his new BFF he's going to grant you 3 wishes as well. Provided that none of your wishes are to have infinite wishes, what 3 things do you want more than anything else in the world?

KENT OSBORNE: Wait? I was incarcerated? Fuck! I thought I talked my way out of it. Oh well, at least I got fucked by a genie. Let's see, three things.... 1. Health care for the rest of my life. 2. The power to make any woman fall in love with me 3. A house with a pool. (and a hot tub) (is that two things?) 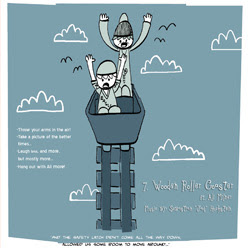 Steige: Something clicks in your head as you realize that Tiny came from the same lamp you were rubbing earlier when you got arrested, and everything suddenly fits together. YOU'RE actually Tiny, the Russian genie, and Kent is just another character you've invented. "That's cool" you think. "I like being able to be different characters in my comic-strip-called-life while actually being a Russian genie!"
...I guess my question is, when you're not busy being Kent Osborne, super cartoonist extraordinaire, who do you spend your time being?

KENT OSBORNE: I spend my time being...the Russian genie? Wait, i don't understand, who am I? Who do I spend my time being when I'm not Kent Osborne? I'm the Russian genie. right? wait, is this one of those "there are no wrong answers" deal? (Fuck a duck I'm high) Ok, well, when I'm not making comics.... I like.... to go bowling. I like walking around my neighborhood. I like going to the movie theaters that don't show ads, I like wine tastings. I like smoking pot, and listening to music. I like reading Kelsey Grammer's autobiography, 'SO FAR...'. I like watching free porn on the internet, (no boxes to hide!) I like going to places I've never been.

Steige: Okay, you're out of jail.
You're walking down the street to your local liquor store to grab yourself a bottle of their finest Malt Liquor as a little celebration of your freedom, and as all these new thoughts and realizations are fluttering around in your head, you realize that The Simpsons is actually a creation of yours, and that you've actually written every episode for it, ever. Since you invented it, what character would you say you modeled after yourself?

5. In your autobiographical comic book "The Day is Today!" you took all your Simpsons action figures out of their original packaging. Did you actually do this in real life? If not, does (Riley?)(your nephew) get pissed that he's not allowed to play with your 'toys'? How often do you dust the packages? Do girls think it's cool? I bet that s--t makes panties drop like nobody's business...

KENT OSBORNE: I don't think there's ever been any woman who has looked at my collection and dropped her panties, but my friend Lynn was so impressed that she invited HER friend GEORGE MEYER (http://en.wikipedia.org/wiki/George_Meyer) to come and look at them. I got very nervous having George Meyer in my apartment. He noticed my HARDLY WORKING poster (http://www.cinemasterpieces.com/hardlyworking1sh.jpg) and we talked about bad movies for a bit. He mentioned that he'd never seen TRAPPED IN THE CLOSET and I freaked out and foisted a copy on him. He politely tried to refuse, saying he's bad at returning things and I said, "No no George, that's for you! That's a gift!" Then we talked some more, and finally Lynn said "We should go." and George said, "Yes, we're laughing our lives away." I walked them to the car and told George that meeting him was the highlight of my life, but I don't think he heard me because the windows were rolled up and he was driving away. As for taking the figures out of their packaging, I did actually do this in real life. The conversation with my friend Jenny (where she uses the collection as an example of my obsessive personality) happened as well, but I didn't open them spontaneously like I do in the comic. Before I broke up with my girlfriend, she told me she felt like she lived in a toy store. I stewed over that for a while, and after we broke up, I decided to change my apartment and make it look more grown up. I was working for this guy at Disney at the time and he had all HIS toys in glass cases and I thought that looked really cool so I bought a case, removed all the figures from their packaging and ordered custom resin step risers. The part about me getting upset at my nephew for moving a figure on the wall happened too. I was like "Riley! No!" (he was two) the most ironic/hilarious thing is now that they're all in the big glass case, I still don't want people playing with them and a couple years ago Riley was over and he was looking at my collection and he said, "Uncle Kent does this door open?" and I said, "No buddy, it's locked." (It wasn't)

Steige: I need some advice as to what to eat for dinner tonight. What is Kent Osborne's favorite "takes less than 5 minutes in a microwave" thing to chow down on? What about if someone else is cooking, and they have an unlimited time limit? Is it possible to have an unlimited limit?

KENT OSBORNE: Kent Osborne doesn't actually own a microwave. Kent Osborne don't mind using the oven. 12 minutes for a frozen pizza isn't that long. Kent Osborne suggests that you should make a frozen pizza. They're always good. I like to eat everything but the crusts, then let my stomach settle a little, and then eat all the crusts. They're like tasty crackers. If someone else is cooking and they have an unlimited time limit, i would like Saltimbocca. (http://en.wikipedia.org/wiki/Saltimbocca) I think "unlimited time limit" is a little redundant.

Steige: Anything else you want to tell us? What would you tell somebody aspiring to be the next Kent Osborne? 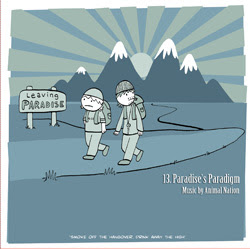