I can only think of one time in the seventeen years I spent living at home that I was ever disciplined for anything.
When I was caught for shoplifting and driven home by the cops my dad let me off with a warning... and let me keep everything I'd stolen. Both times I crashed his car I was told that I'd probably already learned my lesson, and wasn't even made to pay for the damages! Even after he found a pound of weed under my bed he didn't have much of a lecture for me. He did take the weed, and I was out $1800, but it was never really mentioned again.
The only thing I ever did that ever provoked any sort of reaction at all was when my dad walked in on me using his prized Oracle turntable to scratch his even more prized collection of records.
"But they do it on TV!"
WAP!
And then you meet someone like Mat the Alien, someone that scratches records for a living, and you think to yourself, "Man, this guy's parents must have given even less of a crap than my own!"

Steige: Do you still have a soft spot for carrying around a crate
of vinyl, or are you pretty set carrying around 2 Serato
records? What do you say to DJs that think it's whack to
use mp3 based scratch programs such as Serato or Final
Scratch?

Mat the Alien: The digital thing has changed things a lot in the past 4 years. Before this there wasn't the option for playing your own music except for CD's which weren't as good for a turntablist as being on the turntables .
I was carrying around 4 crates to shows and that made traveling difficult. I still buy records as I can't get everything on digital sites at high quality.
I love getting records, 12" and 45's, the dusty old smell, the cover artwork and info available about the people on the record and stuff.
Digital music is more disposable as you don't know as much info about the artist's music that you're playing, but there's lots of music available out there all over the world, so music is more accessible now.
I used to have to dig when i traveled in dusty thrift shops for old funk stuff now you can sit at home and find it online.
I really think if someones good at what they do you can't tell whether they're on turntables, CD's, Abelton, vinyl, banjo.
If someones hung up and bothered with what other people are doing it kind of looks like they're whack and not happy with what they're doing.
If you're happy with what you're doing, and doing what you want to do, and always getting better then I think that's good.
You'll always have purists who want to keep things the same but things wouldn't evolve without people trying new things and taking risks.
Hip-hop started with pioneers like Afrikka Bambaata playing crazy records like rock, disco, funk, and making it into a new sound by looping parts.
Most of the early hip hop records are electronic music made with drum machines, like planet rock, etc.
S: Damn that was thorough! I feel like you've thought about that in the past! And on to the question that's on everyone's mind: imagine the Beastie Boys became presidents of the World, and their first act was to BURN ALL MUSIC except the new 50 Cent, that song "Steal my Sunshine" by LEN, and two albums of your choosing. What two albums are we all listening to for the rest of our lives?

MtA: Speaking of the beastie boys, "Paul's Boutique" would be a good album to have on repeat. Thats a tough one 'cause I'd want different music for different occasions, but I'd say something mellow if I have to listen to it all the time.
Maybe a Bonobo album or a Lee Scratch Perry album.

S: Who's your favorite DJ to spin alongside with?

MtA: I don't have one, but I'm just stoked when I get to DJ with people who have influenced me through their style, and I bug out when they're into my shit, and I can teach them things on Serato.
Some of my favorites would be
Qbert, Nu-Mark, DJ Craze, and A-Trak.
But I like all kinds of DJ's. Ones that skratch well, good at mixing, good selection of music, etc.

S: It sounds like you don't have much 'downtime' anymore. Have you been working on a new album at all lately, or has touring and being a husband taken up all your time these days?

MtA: I've not been working on a new album, but i try to do 1 or 2 mix CD's a year.
I've been making lots of music, but just trying new sounds out and not rushing into a album,
and I've been collaborating with lots of people, like you guys for your next CD!
I skratched on 7 tracks and 2 remixes for the latest Fort Knox Five album.
I also did the skratches for All Good Funk Alliance on a superjam remix for a video game,
and have music in progress with Sharps in Edmonton,
Ill Gates in Toronto,
Neighbour in Calgary,
and DJ Breaknech, a crazy drum and bass producer in the UK.

S: As the legend goes, you got your Alien scratch techniques after an airplane you were on went through an electrical storm that may or may not have been controlled by Alien life-forms. Has it ever crossed your mind that when you flew through that cloud the Aliens maybe planted a small chip in your brain that gave you your super-scratch-powers and helped elevate your music to mind-blowing heights, eventually allowing you to create a combination of music so amazing that the head of anyone who listens to it will literally explode?
Combine that with the fact that you're playing festivals the size of small cities on the regular, and you'd have yourself a fair amount of bodies...
How do you feel about this sort of mass homicide you'd be committing? I mean, there's nothing you could really do to prevent it...

MtA: Haha, you never know!
A friend and good DJ in Saskatoon called The Gaff told me people who do repetitive things get the attention of aliens, and they focus on these people to help with the alien mission.
We only see so many things but they have crazy powers and can talk to us without us noticing.
I also talked to someone in Kelowna who knows an old woman that claims a UFO landed in her garden and John Lennon got out and waved to her.
Not sure about either of those, but you never know.

S: I'm gonna start wearing my tinfoil hat around you. On a more serious note, you're from the UK. Do you ever get angry at the fact that we're driving on the wrong side of the road over here? Do you ever drive on the left hand side to make yourself feel more at ease?

MtA: Haha I did that in Squamish last time we got back from England. I was driving on the wrong side of the road for a minute.
It gets a bit confusing.

MtA: Err, the people who first influenced me were in the UK around '89.
DJ Hype in the UK.
DJ Supreme from Hijack - UK hip-hop.
And early DMC DJ's like Cash Money,
and of course Qbert and Mix Master Mike.

S: Anything else you want to say?

MtA: I'll have a line of really good t-shirts soon, and a new mix cd any day.
Check
www.myspace.com/matthealien
for more info

S: You heard the man! Check the site, buy the merch, wear the tee, and impress all the bitches. Ohhhh yeah!
Also, prepare yourself for the release of our upcoming album, "Understanding More About Nothing Than Anybody Ever Thought Impossible or: How I Learned to Stop Worrying and Love the Music", which features cuts by Mat the Alien on the Hunchback Esquire produced track "The Caper", which can be heard on Mike's myspace page.


If you enjoyed this, make sure to check out our Interview With Josh Martinez about pizza, rainbows, and Satan, as well as our Interview With Ali Milner about why she's such a babe.
Posted by Animal Nation at 5:30 PM No comments:

Is That a Thumb or a Face?

Whoa! Heads up! Someone accidentally put their face in front of the lens!
Posted by Animal Nation at 11:14 AM 2 comments:

Email ThisBlogThis!Share to TwitterShare to FacebookShare to Pinterest
Labels: Random

Bad album covers are kinda like the people you don't really know at family reunions. They're all overdressed, and usually filled with things you don't care to hear about, but every now and then you come across a gem. Like finding a cute second cousin that's been slamming rum and cokes all day, here are a few album covers that I'd love to get inside of.
Wait, what? 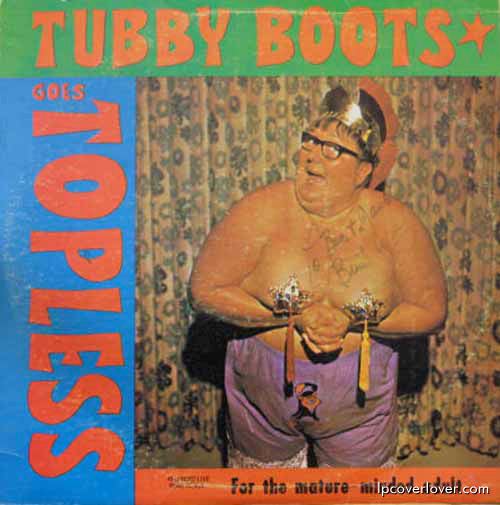 "For the mature minded adult" that goes to see Tubby Boots get topless.
I still can't figure out if the best thing about this photo is the angry monkey on his (her?) purple pants, the pancake-sized-nipple-tassels, or the fact that the signature is worn out in a way that means this album was probably looked at more than once.
I guess the gladiator hat and the micro-bacteria-patterned window curtains are pretty rad too. "Seriously guys. Mini skirts are in. Knee pads are in. And downhill mountain bike armor is going to make a come-back like nobody's business!" Birthcontrol - Believe in the Pill Aw man! Who threw out a pair of perfectly good shades! And there's like, half an egg-salad-sandwich in there! C'mon guys! What kind of music could this amazing record sleeve possibly hold inside?
I'm either gonna have to go with some sort of Euro death metal, or 'Calming Sounds of the Sea'.