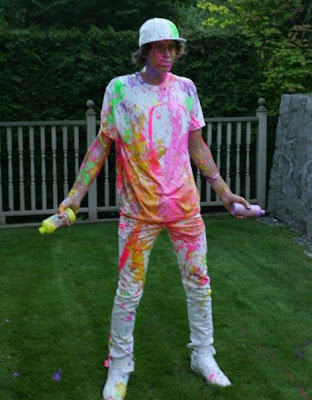 I never had a younger brother growing up. I never had anyone to blame for taking the last cookie out of the cookie jar, or anyone to take the rap when Mom's fine China accidentally ended up all over the hardwood floor.
Fortunately for me, I did have a best friend, and next door neighbour, that had a younger brother.
Unfortunately for my best friend's little brother, he would be an easy target for all our teenage angst.
Fortunately for my best friend's little brother, AKA Brandon Semenuk, he grew up way tougher, stronger, and infinitely more handsome than both myself and his older brother. He also gets way more girls than us, drives around in a car worth more than my life, and gets paid to travel around the world to do what he loves.
Did I mention that he's only 17 years old?

Brandon Semenuk: Seeing and riding with all my friends for almost 2 weeks.

S: What is your ultimate fantasy pizza? Extra points for putting an entire meal on a pizza. (ie - A bacon and eggs with a side of hash browns pizza)

BS: Pizza with Bacon, ham, 3 cheeses, BBQ sauce and a side of yam fries. 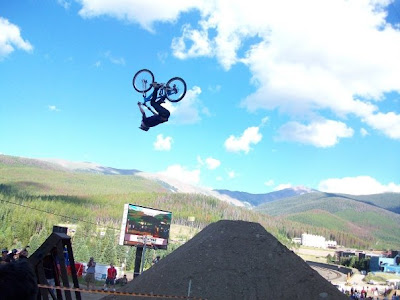 S: That sounds amazing. I think you should sell that one to Fat Tony's! Besides pizza money, what motivates you to launch over 40 foot gaps and land on hard packed dirt on a machine that weighs less than the computer I'm writing this on, and could easily crumple in half at any time?

S: What's going through your head right before you 360 tail-whip off said jumps?

BS: Just focusing on the trick and making sure I land it.

S: If the sky wasn't blue, what color would it be, and why?

BS: Brown 'cause the reflection of the dirt. 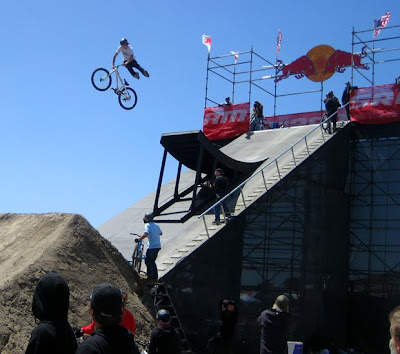 S: Then you could ride in the sky too! In a town full of amazing talent and 20 000 bikes that all cost more than 6 months worth of rent, what do you do to stand out?

BS: I don't really try to stand out. I just ride my bike for fun, and it's cool that my riding has stood out as much as it has.

S: Which breakfast-cereal-spokesperson/mascot/animal/monster can you relate to most? Are there any breakfast cereals you eat strictly based on whoever's on the front of the box?
BS: Tony the Tiger, 'cause I also believe practice makes perfect. But I always buy Honey Nut Cheerio's.

S: You've eaten those forever! I remember your Mom would lose her sh-- whenever she came home and we'd eaten all the Cheerio's! What's your career highlight to date? 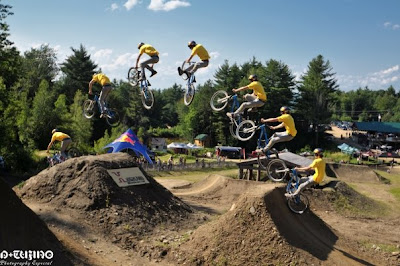 S: What's the best piece of advice you can give to up and coming riders that want their own pro model seat and ultra rad car?

BS: Do what you love.

BS: My brother pushing me around a grass berm in our backyard on his beat old Specialized Hard Rock. 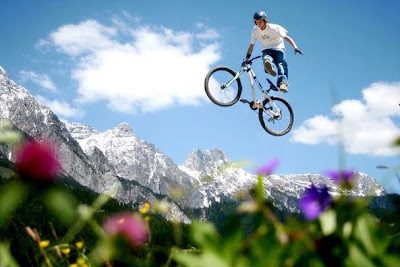 S: I think one of my first memories of you riding is when you got your first adult size bike. It was at least a thousand sizes too big for you, and you could barely reach the pedals, and you were still keeping up to your brother and me on all the trails.
Imagine you find out that everything you've ever known, your entire life as you know it, has all been but a dream. Would you want to wake up if you didn't know what was on the other side, and if you knew you couldn't come back here?

BS: Tough call. If I could go with other people I probably would, but don't think I would do it by myself.

S: Hey! Just like that one song by that one band that wrote a bunch of songs about lots of different stuff and things!
Here's a picture of Brandon winning last week's CrankWorx in Colorado. Seventeen years old, and he's already carrying around huge bottles of champagne!
I love it! 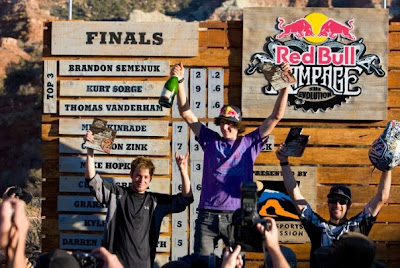 Posted by Animal Nation at 5:54 PM No comments: