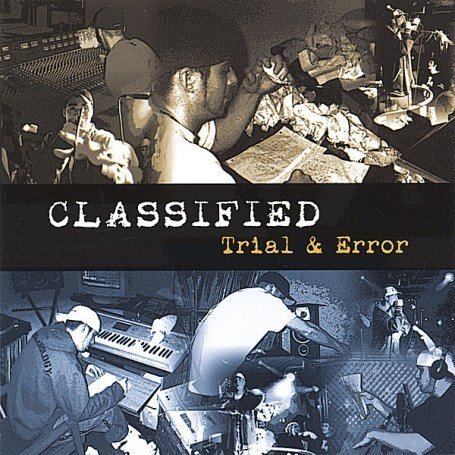 Classified has always been a huge influence on our music.

In fact, I think earlier this year when Classified released his new music video for 'Oh Canada' it was probably the first time in my life I'd ever felt patriotic. And I don't dislike where I'm from- I really like it here... I'd just never given it much thought until Class went and glamourized the H-E-double-hockey-sticks right out of it!

The first time I heard Classified was when I was going to school out in Halifax. He wasn't a huge name, but he was developing a following, and he put on one of the best hip-hop shows I'd ever seen.
Fast forward 8 years later, and he's Canada's biggest rap star, pulling more Canadian tour stops than nearly every other Canadian hip-hopper combined. He's got international distribution deals inked with Sony, and his live act has progressed from great hip-hop to one of the best shows I've ever seen.

All of Classified's albums are good. In fact, he's one of few artists I've heard who's albums keep getting better with every release. He's put out more than 12 albums, and he still hasn't peaked. It's amazing.

This one, Trial and Error, just happened to be the Classified CD that I stumbled upon first. Classified influenced my style so much when I was first starting out that on my first rap recordings you can clearly hear me trying to say 'krr' instead of 'car', and 'doot' instead of 'doubt', and I was definitely guitly of throwing my 'aboots' all over the place.

Download this album for free here, then go buy a couple more, and bask in the awesome that is Classified.

This one was my personal headphone anthem for a solid year and a half.


Other great Classified albums are... all over the place. They literally get better every year, and they've been consistently awesome for the last ten years. Classified.
Posted by Animal Nation at 12:00 AM No comments: